Hejaz or Hijaz  is the region in Saudi Arabia in which Mecca and Medina are located. The city of Jeddah is also part of Hijaz.

Two types of Ithmid kohl are found in Hijaz :

First of all, this is not actually red, so do not run away based on hearing this. It is actually more of dark  burgundy colour as can be seen from the photos.

“Red” and “Cold” are just mere descriptions used by arab sellers and traders as well as customers.

Customers always ask what is the difference between the red hijazi ithmid and the black type.

Both kohl types are ithmid and have all the benefits of ithmid kohl mentioned in the Sunnah i.e growing eyelashes and vision enhancement. Both are also from Hijaz in Saudi Arabia.

However, the difference lies in that the red type is much lighter in weight and once ground into powder it is more smoother and finer than the black one. Because of this, it is less irritating in the eye on application. This is why it is referred to as “cold” ; it is less burning and feels ‘colder’ in the eyes.

These characteristics of the red hijazi ithmid arise partly from it containing less impurities than the black type. It is also partly due to slight difference in chemistry as it is well known in Geology and Chemistry that same type of rock can have varying chemical structure depending on location and the environment around it.

Narrated by Ibn Abbaas, May Allah be pleased with him, that He صَلَّى اللَّهُ عَلَيْهِ وَسَلَّمَ said ” Indeed the best of your Kohl is the Ithmid…It Enhances vision and  Grows the hair“

Narrated by Ibn Abbaas, May Allah be pleased with him, that He صَلَّى اللَّهُ عَلَيْهِ وَسَلَّ said : “” Use Ithmid as a Kohl for it enhances vision and grows hair”

And in Sunan Ibn Majah and others, Ibn Abbas, (Radiya Allahu Anhuma) said: “The Prophet (Sallallahu Alaihi wa Sallam) used to have a Kohl container and used to apply Kohl 3 times in each eye“. 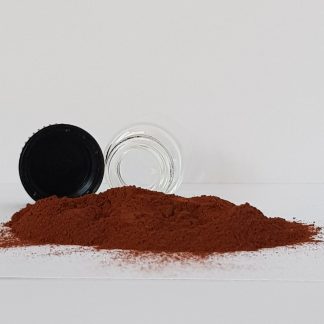